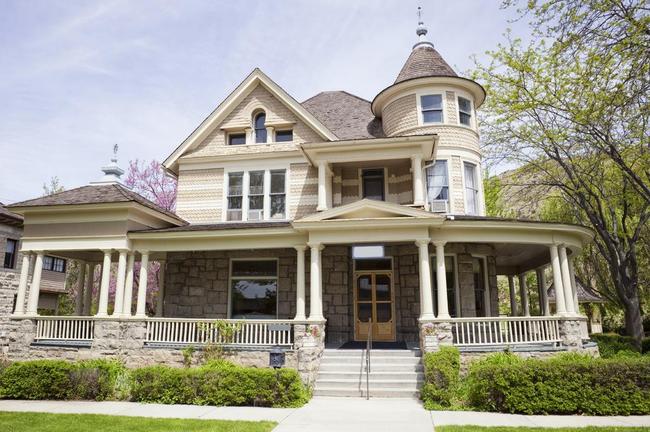 Located on the shores of Lake Superior, Duluth is one of the larger cities in the region with a population of just over 85,000 residents. The port city and tourist destination is in St. Louis County and is a major regional center for health care as well as a transportation hub.

The Early Times of Duluth, MN

The Anishinaabe, also known as the Ojibwe or Chippewa, were the original inhabitants of Duluth and, really, the rest of the Lake Superior region. Europeans arrived in the area as early as the 1600s and began settling the area. In fact, the city is named for Daniel Greysolon, Sieur du Lhut, the first known European explorer of the area.

They loved the area for a multitude of reasons, including the fur trade and the proximity to the Saint Lawrence River. Interest in the area really piqued in the 1850s when people began rumors of copper mining starting to go around. By 1869, Duluth was the fastest growing city in the country.

Around the start of the 20th century, the city’s port passed New York City and Chicago in gross tonnage handled, making it the leading port in the United States. The community continued to grow and thrive over the decades, with additional industry establishing itself.

Today, this 87.43-square-mile community is part of a metropolitan area with Superior known as Twin Ports. The communities share the Duluth-Superior Harbor and also share such industries as materials transportation.

This is made possible in part because Duluth is accessible to oceangoing vessels from the Atlantic Ocean via the Great Lakes Waterway and the Saint Lawrence Seaway.

The communities are also a major tourist destination for the Midwest, especially given that Duluth features America’s only all-freshwater aquarium.

An Endless Array of Recreational Amenities Can Be Found in Duluth

For instance, this community has a rich local arts scene that includes museums like the Duluth Art Institute as well as the Tweed Museum of Art.

Other cultural attractions located in Duluth include:

What’s more, the city also celebrates the Homegrown Music Festival the first week in May each year. Started in 1998, this festival is comprised of more than 170 local music acts performing all across the city. It’s quite impressive!

Meanwhile, there are a number of other parks in the area as well, including Hartley Park which has a nature center, and Lester Park and Enger Park have public golf courses. What’s more, Fairmount Park has the Lake Superior Zoo.

And we would be remiss if we didn’t mention Leif Erikson Park and Rose Garden, which is where visitors can view the Viking ship that was built in Norway by local boat builders to replicate the type sailed by Erikson. The rose garden portion features thousands of rose bushes, which will appeal to any botanist or gardener!

Other attractions that make Duluth special include:

This community is also beloved for its skiing opportunities, particularly at Spirit Mountain. In fact, the attraction has the distinction of being the second highest ski hill in Minnesota, with jumps ranging from 15 feet to more than 60 feet.

And on the opposite end of recreational sports, Duluth is also considered a world-class sailing destination, with many marinas located in the Duluth-Superior harbor. It’s even home to the Duluth Yacht Club. Surfing is also surprisingly popular with some comparing the waves to those that you’d find in Hawaii or California. Of course, the season has to be right for that!

Meanwhile, this community is also located near several major thoroughfares, including Interstate 35 and US Highway 2.

This puts residents living here in close contact with a number of recreational attractions in the region, including shopping, dining and entertainment venues.

Duluth Public Schools serves this community and includes a number of high-achieving schools, and there are also numerous private schools here, too, including Marshall School and four Catholic schools in the area.

There are also a number of colleges and universities in and around Duluth. These include the University of Minnesota Duluth, The College of St. Scholastica,Lake Superior College, and Duluth Business University.

The University of Wisconsin – Superior and Wisconsin Indianhead Technical College are in nearby Superior, Wisconsin.

Buy Your Next Minnesota Home in Duluth

If this sounds like the type of community you’d like to come home to, then please take a moment to contact us at Stutsman Realty Inc.

We would love to assist you by answering any questions you might have as well as providing you with valuable home buying resources.

We’ll Help You Sell Your Duluth Home Too!

And please also contact us if you’re already a resident of this community and you’re interested in listing your property on the market. We would be happy to assist you as well by first providing you with a free home evaluation!